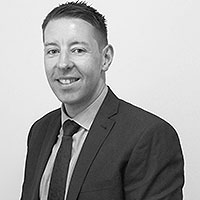 Phil Derbyshire, Managing Director
Joined the team in January 2018 from NatWest. Despite his youthful looks Phil has over 11 years banking experience, financing large corporate businesses in his most recent role. Phil loves fast cars, Manchester United and likes to keep fit running and playing 5 a side football. His favourite holiday spot is Portugal. 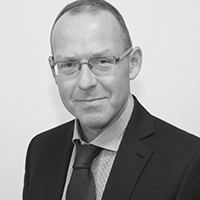 Steve Marsh, Director
Joined the team in November 2010. Steve has 38 years experience in the industry, including spells at Barclays Bank and Davenham Group PLC. In his spare time, Steve likes to play golf and tennis. 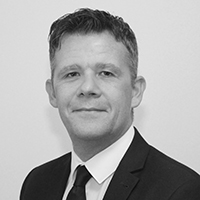 Scott Hannah, Business Development Manager
Joined the team in August 2013. Scott has over 25 years experience in Asset Finance and since 2007, Property Finance. Originally from Yorkshire, Scott has a wickedly dry sense of humour and is famed for his talent of being able to peel an orange in his pocket. 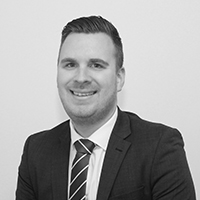 Rick Wilfan, Business Development Manager
Joined the team in November 2016 after working for Together, where he kick started his career. Rick’s underwriting experience will no doubt stand him in good stead as he’s now on the opposite side of the fence as a member of our sales team. In his spare time Rick likes to watch his football team Manchester United, travel abroad and enjoys cooking. 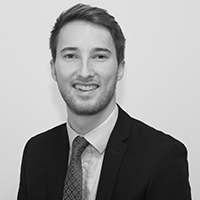 Jake Sweeney, Business Development Manager
Joined the team in May 2016 initially to assist in a variety of administrative duties and has now moved across to our sales team. Jake, our boy from Brighton, is one of the younger members of our team and benefits from an economics degree. In his spare time he enjoys snowboarding, watching football and playing squash. 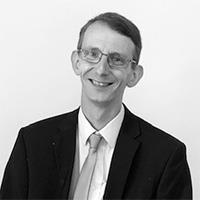 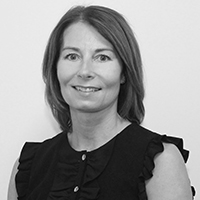 Nancy Pawsey, Sales Support Manager
Joined the team in September 2014 to undertake a newly introduced role knocking the BDM’s into shape. Nancy has 30+ years in finance having worked for NatWest in various administration roles. She enjoys spending time with her friends and family and plays rounders to keep herself trim. 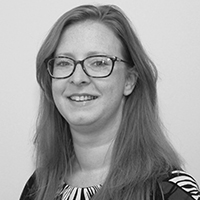 Joanna Lawrie, Administration Manager
Joined the team in August 2016 and worked for Santander Commercial Bank for 10 years prior. In her spare time Joanna likes to hang upside down learning aerial silks or pootling around on her bicycle with friends. 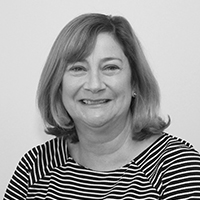 Dawn Whitfield, Office Manager
Joined the team in June 2016 to undertake a newly created role as office manager. She has previously worked for NatWest, and more recently in estate agency. Dawn likes to walk her dogs, eat out, holidays, and keeps promising to get herself fit on her new shiny bike. 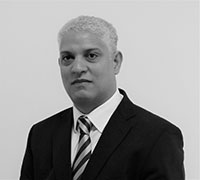 Newton Baker, Administration Manager
Joined the team in December 2019. Newton has 20 years experience in the industry. He has worked for Natwest Bank, Davenham Group PLC and Santander Commercial Bank. He loves a glass of wine, going to sunny places on holiday with family and watching football. 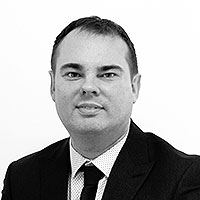 Gary Halsall, Administration Manager
Joined the team in February 2020, having previously worked at Santander UK Plc for nearly 8 years and Davenham Group Plc for 9 years before that. Gary enjoys going to concerts and theatre shows and socialising with his family and friends. 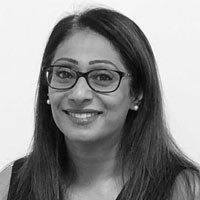 Sanni Tait, Administration Manager
Joined the team in August 2021. She has over 20 years experience across Retail and Corporate banking. She has worked for HBOS Plc, Lloyds Banking Group and more recently Santander. In her spare time she enjoys spending time with her family, cooking and trying different cuisines and holidays near and far. 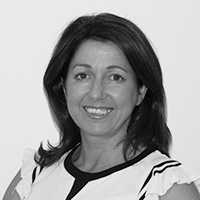 Gayle Taylor, Senior Property Development Manager
Joined the team in August 2011. Gayle has over 30 years experience in the industry. She has also worked for NatWest Bank, Beneficial Bank and Davenham Group PLC. In her spare time Gayle enjoys going to the gym and enjoys activity holidays with her family. She also plays the cello in the Bolton Symphony Orchestra. 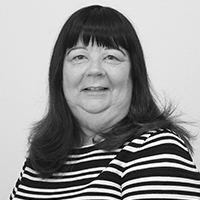 Mary Warnock, Administration Manager
Joined the team in March 2006. Mary has 34 years experience in the industry. Mary has also worked for NatWest Bank, you may have noticed a common theme! In her spare time Mary loves to travel and socialise with friends and family. 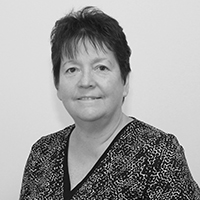 Karen Hanlon, Administration Support
Joined the team in March 2017 to support the admin team on the development side of the business. Karen has 37 years experience in the betting industry covering shop management, security and compliance – yes, she’s from Betfred! In her spare time Karen enjoys watching St Helens Rugby League club and spending time with her grandchildren. 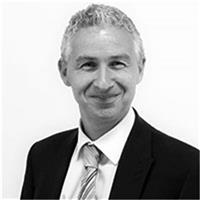 Jonathan Kay, Administration Support
Officially nicknamed ‘Jonty’ joined Goldentree in August 2019 following a 28 year career with NatWest. During his last 15 years there he worked in Commercial Banking and his commercial flair has been hugely welcomed amongst our team. In his spare time Jonty likes to go hiking and running and has taken part in a marathon or two. When he’s not out socialising with family and friends, you’ll find him watching his favourite sport of motorbike racing. 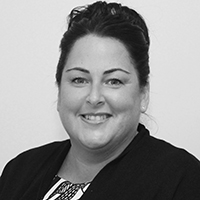 Debbie Greene, Property Development Manager
Joined officially in October 2015, after being a regular visitor here since August 2012 in her capacity as our Compliance Officer. Debbie enjoys the odd day out at the races and likes jet-setting off to various warmer climates at any opportunity she can. 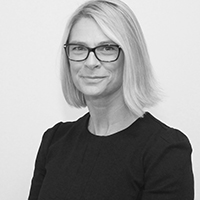 Anne Ellis Property, Development Manager
Joined the team in March 2013 and has over 25 years experience in various administrative and accounts based roles. In her spare time she enjoys walking, going to the gym, cycling and spending time with her family and friends. 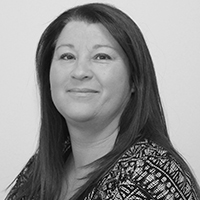 Hayley Graham, Property Development Manager
Joined the team in March 2017 after working for the Co-operative Bank for 32 years. In her spare time Hayley enjoys the odd glass of wine, spending time with her family and friends and jetting off to warmer climates at any available opportunity! 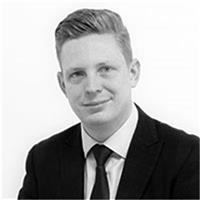 Alex Townley, Property Development Manager
Joined the team in June 2019 following 14 years at RBS, most recently within the Lending Documentation department. When he’s not reading complex lending documents, you might see Alex kicking a ball on a 5-a-side pitch or sat relaxing on the side of a riverbank with his fishing rod. At home you’ll always find him in the middle of a DIY project, with a hammer in one hand and his eyes on the TV watching his favorite team Man United. 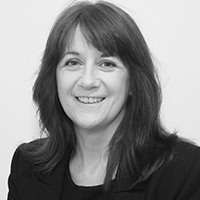 Sue Bickerton, Finance Director
Joined the team in September 2009. Sue has over 30 years experience in accountancy, having previously worked in private practice. In her spare time Sue enjoys art, music and tennis. 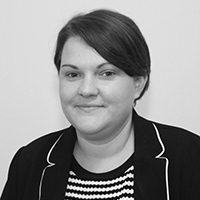 Megan Yates, Accounts Assistant
Joined the team in January 2014 to support the administration team. Megan has experience working in a variety of administration roles and is a keen artist, bringing a bit of culture to the team. In her spare time Megan enjoys travelling and spending time with her family. 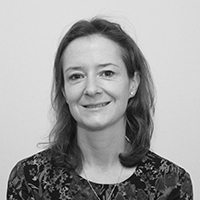 Kate Clough, Solicitor
Joined the team in March 2014 from the Betfred legal team. Kate has 10 years + legal experience covering a broad range of property & secured lending projects. In her spare time Kate enjoys a glass of wine and socialising with family and friends. 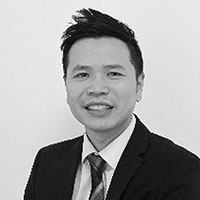 Michael Wan, Solicitor
Joined the team in May 2019 after working for a firm of solicitors in central Manchester for 3 years dealing with Bridging Finance and Development Finance projects. In his spare time he enjoys family days out with his wife and children. 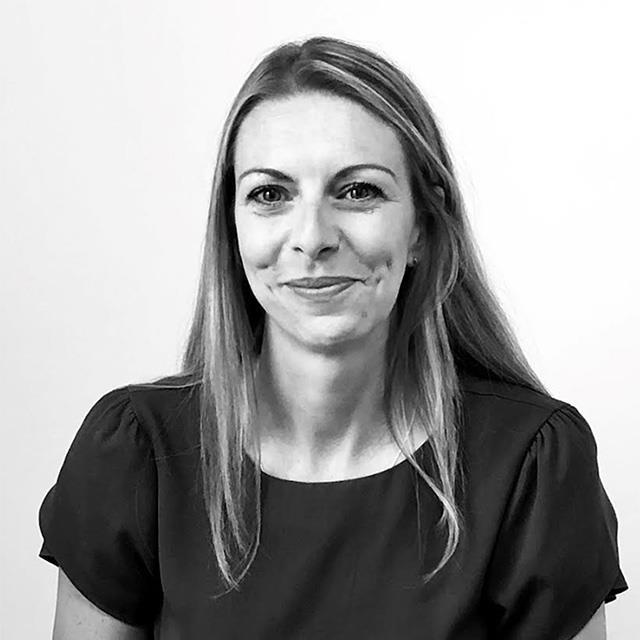 Sarah Askey, Solicitor
Joined the team in June 2022. She has worked in the legal profession since 2007 and previously worked for a firm of Solicitors where she dealt with a large variety of property matters and acted for a range of different clients. In her spare time Sarah enjoys running and spending time with her family.

About Us The Way We Work Loan Enquiry

WHAT PEOPLE SAY ABOUT US

“Aspire Homes have used Goldentree for several business transactions. From the initial contact to receiving indicative terms and then to completion of the site purchase the process with Goldentree was very professional clear and structured. Once we were working on site the monthly drawdowns were speedily and straightforward. We will continue to approach them for our future projects.”

“I started my Construction company around 4 years ago and after trying a few different lenders came across Goldentree Financial Services. From the offset as they are the actual Lender it was a totally different experience! The way they handled my enquiry through the various processes to completion of my land acquisition then on to the development finance was just superb. Good competitive rates and the excellent ongoing support provided by the team has been second to none!
I am now in my third year of doing business, Goldentree has really helped me go from a small developer to a 2m turnover company involved in some very large projects. I cannot recommend them highly enough and long may they be my valued partner!”

“As brokers specialising solely in sourcing finance for the property developer / house-builder for some 20 years Goldentree are one of our 'go to' lenders for finance. They perfectly fill a niche in the market by offering a 'deal driven' approach to lending rather than the tick box mentality of many lenders.
As well as lending to experienced developers they will also fund projects for the inexperienced if the deal stacks up. One of the key benefits to working with them is that everything is 'in house' and so there is no requirement for independent valuations and, legal costs are kept to a minimum. The flat reporting structure within Goldentree means that decisions on anything from offers to problems are made in hours rather than several days. We have had a working relationship with them for over 15 years and long may it continue.”

“Goldentree have been an ever-present lender on our panel, and perhaps THE longest standing funding partner of ours. You know exactly what you are getting with Goldentree, which always includes swift & dependable quotes, prompt site visits (no valuation report required!) and formal offers of finance issued very quickly with the aid of their in house legal’s team. They have a pragmatic approach to their lending and we have always found them to be a straightforward and easy lender to deal with.”

Fill in a Loan Enquiry

*We do not provide or arrange regulated mortgage contracts but please visit our associate company Birchwood Mortgages Ltd which is authorised to do so.